Column
The History and Technological Advances of SANYO DENKI (32)

Development of Servo Motor and Servo Amplifier for Welfare Equipment

There has been a heightened interest in human health of late in light of the impact of infectious diseases and the changes they have wrought on our ways of life. Medical and welfare equipment has therefore also been advancing greatly to meet these new challenges. Automation of food production lines which sustain our lives has also been accelerating in consideration of food safety, leading to greater expectations for servo systems products.
We have applied servo systems technologies that we have cultivated over many years in the industrial machinery market to the advanced medical, welfare, and food fields with the aim of developing servo technology which can help people and machines work together harmoniously.

With its super-aging society, Japan is seeking ways to allow the elderly to continue to enjoy healthy lives without assistance. This article introduces “human-friendly wearable robot” development technology involving actuators and servo amplifiers we have developed. This robot has been designed to assist those who have become physically impaired due to diminished physical ability, or who have been injured in the course of their work.

The “human-friendly wearable robots,” in which we were involved in the development, have been designed to be lightweight and easy and comfortable to wear. The purpose of this robot is to help the elderly or patients walk independently, to assist with nursing care of them, and for the rehabilitation of those with disabilities.

The two main features of this robot are:

• User’s movement can be improved more naturally not by forcibly improving their movement through robot movements, but by its human-like cooperative motion assistance. That is, despite being a robot, this robot can assist the user's movement just as a human being does. 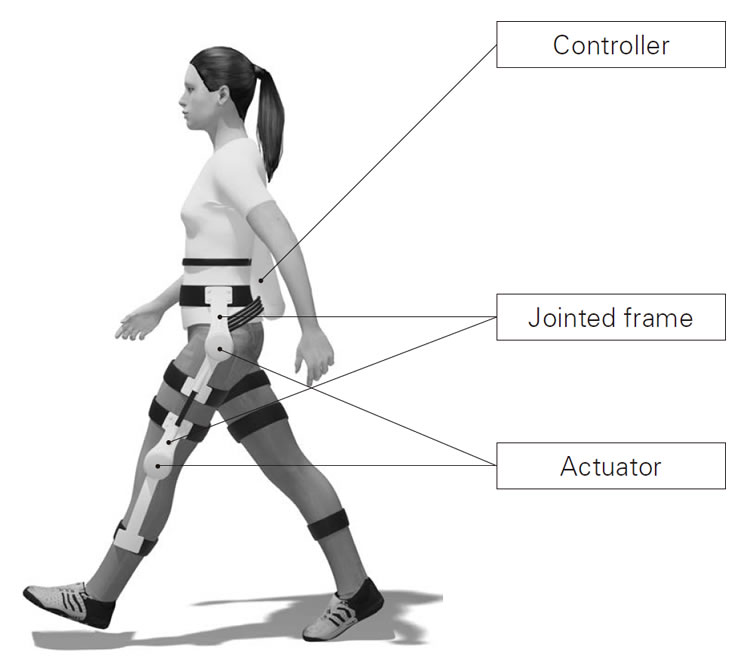 Figure 1 shows the configuration of a wearable robot.

This wearable robot consists mainly of a jointed frame, which forms the external mechanism worn by the user, an actuator unit (4 axes) that assists the user's motion, and a controller that controls the actuator. We developed the linear servo motors in the actuator unit and the servo amplifier in the controller.

The actuator consists of a gear, motor, encoder, and torque sensor. A palm-sized flat motor is used.
With wearable robots, the wearer must bear an extra load determined by the weight and size of the actual device, and this demands stricter conditions than those required by other robots in terms of size and weight reduction.
To achieve the first aim of miniaturization, we developed a flat structure with bearings and the encoder arranged on the inside of the electromagnetic part of the motor. To keep weight to a minimum, we developed a mechanism which exerts minimal restrictions on the user with a lightweight design achieved through such means as making the frame thinner.

We have also been striving to reduce the size and weight of the servo amplifier used to drive the motors to realize the concept of “can be worn just like clothes” for a robotic suit worn on the body to support the independence of those requiring care.

The entire servo system, including the drive unit, is worn on the body; heat dissipation and safety have been assured while employing an open frame configuration with a control board and power board so as not to compromise comfort.
For increased wearability, we designed the servo system to be lightweight and compact so that it can fit in the controller box on the back. Our standard servo amplifiers control motors with multiple LSI components such as CPUs, ASICs, and memory. To reduce the number of components used in servo amplifier, we employed the CPU-based current detection function and encoder interface function, created software to control the current that had previously been done by a ASIC, and developed a control circuit capable of controlling two motor axes with a single CPU. Also, by developing a compact, lightweight 4-axis integrated servo amplifier capable of being stored in the controller on the back, we have succeeded in realizing the product concept of “a robot that can be worn just like clothes.”

Servo technologies tend to be thought of as technologies used in industrial machinery only, but as this article has highlighted, servo technology also has a significant role to play in medical and welfare equipment, as well as equipment for the food production industry. We will continue to develop servo technology that allows people and medical and welfare equipment to work together, and provide products and services that can contribute to good health and making people happy.

(1) Reference
Tsukahara et al.: Effects of gait support in patients with spinocerebellar degeneration by a wearable robot based on synchronization control, Journal of NeuroEngineering and Rehabilitation (2018.9)