First, let's look at how SANYO DENKI defines the service life of fans. In the catalog, the expected life of fans is described as follows.

Both the "90% survival rate" and "L10 life" refer to the time it takes for 10% of a population of fans to experience failure. In other words, both define the expected life with 90% reliability.
In general, the service life of a fan is defined as the time at which the following criteria are met: "a certain level of decrease in airflow performance" and "a certain level of increase in noise" after the fan is continuously operated.

How to Extend the Service Life of Fans 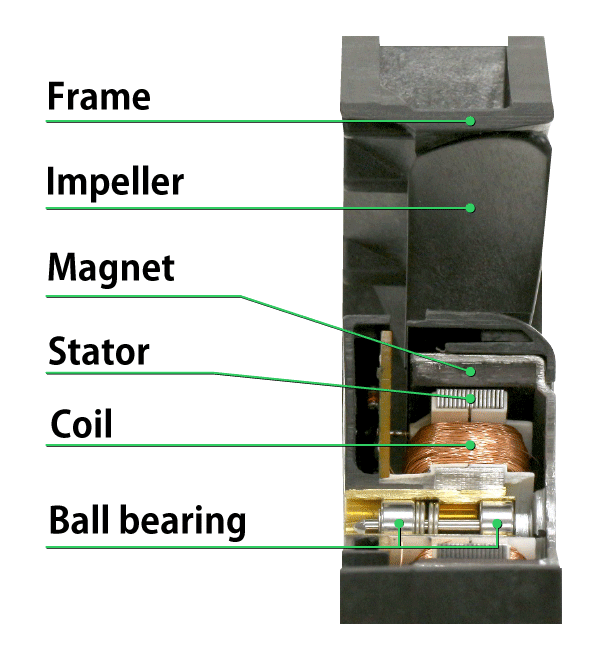 As items 2 to 4 are determined at the time of fan development, it is difficult for users to make further improvements. For item 1 "Reduce the bearing temperature," however, the same effect can be obtained by reducing the ambient temperature of the fan. For example, if a fan* has an expected life of 40,000 hours in a 60°C environment, the expected life increases to 70,000 hours in a 40°C environment.
* Model no.: 9GA0312P3K001

In this session, we learned about the service life of fans. In addition to the expected life, when selecting fans, don't you often compare the maximum airflow values or the maximum static pressure values? In fact, when installed in a device, fans can never deliver either of these values.
In the next session, we'll introduce "airflow vs. static pressure characteristics" of fans.