When selecting fans to be components of a device, make sure that necessary measures are taken for current changes during startup and when fans are restricted to prevent device burnout. In this fifth session, we will look at the electrical current used with fans. 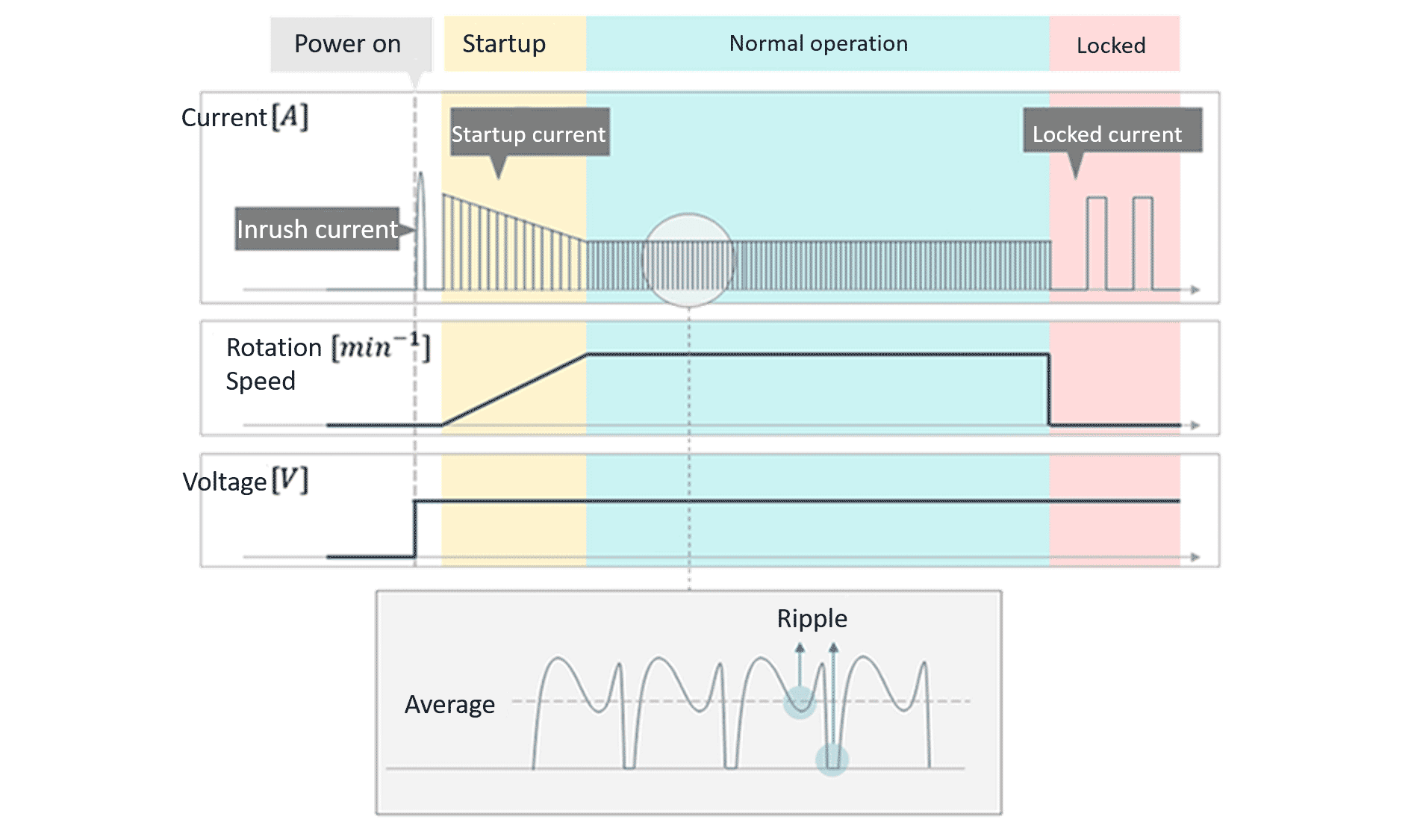 The fan drive circuit contains components such as smoothing capacitors. When the power is turned on, they start charging all at once, and a large instantaneous current flows. This phenomenon is called an inrush current.
The peak value of the inrush current is determined by the fan's drive circuit and is often the highest point of the current change, but it only lasts for a short time.

The current at which a fan's rotational speed is stable is called the rated current. Moreover, due to the influence of counter-electromotive force and other factors, the current during normal operation contains ripple. The rated current listed in the catalog is an average that includes ripple, but it does not have a significant effect on the average because ripple periodically occurs in approximately the same amount.

In the event that fan blades are restricted by some external factor, a high current similar to the startup current will be generated. To prevent fans from burning out from the flow of high peak current, we equip our products with "locked rotor burnout protection functions." For example, in DC fans, the current is automatically turned on and off on a periodic cycle using the "current cutoff system," preventing fan burnout.

Fan
Want to improve the combustion efficiency and reduce the size and weight of steam convection ovens?
A blower with high airflow and high static pressure that makes product development more competitive