In this 10th session, let's learn about Centrifugal Fans. These fans differ greatly from axial fans in appearance, characteristics, and usage. 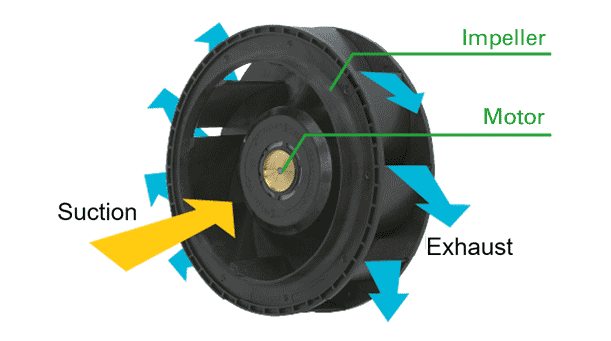 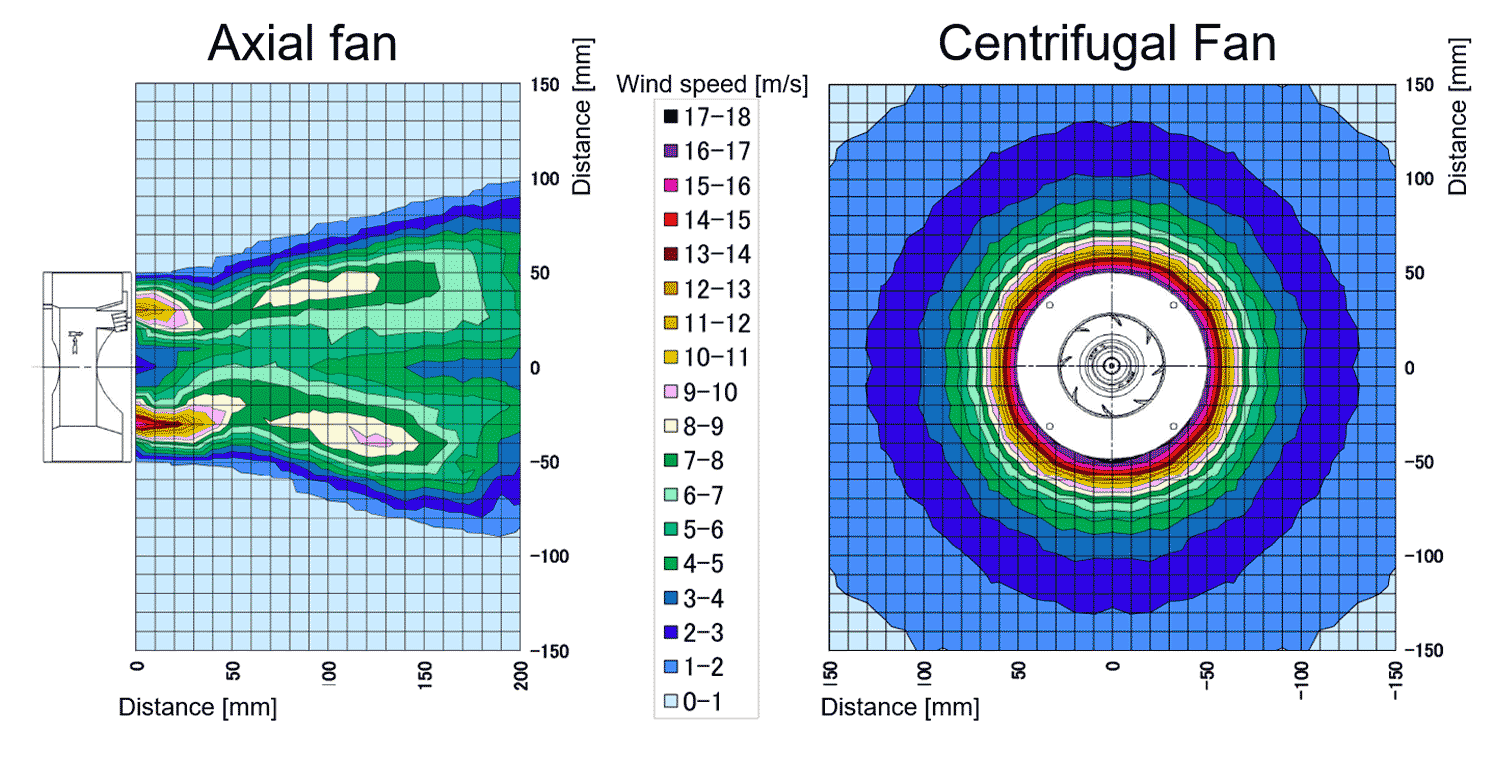 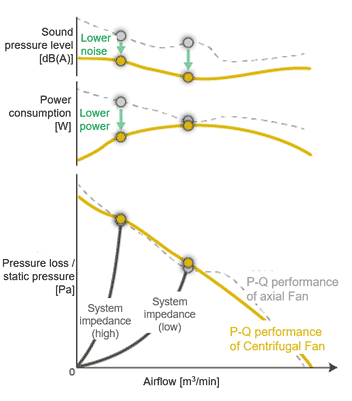 Since Centrifugal Fans don't have a stall region in the P-Q performance curve, the operating range against the system impedance curve is wider than that of axial fans. Although the power consumption curve and sound pressure level curve of Centrifugal Fans vary by model, the sound pressure level and power consumption can be lower than axial fans used at the same operating point.
Being capable of drawing in air strongly with high static pressure, Centrifugal Fans are suitable for applications that require large air displacement, such as ventilating the interiors of large equipment and cooling heat exchangers.